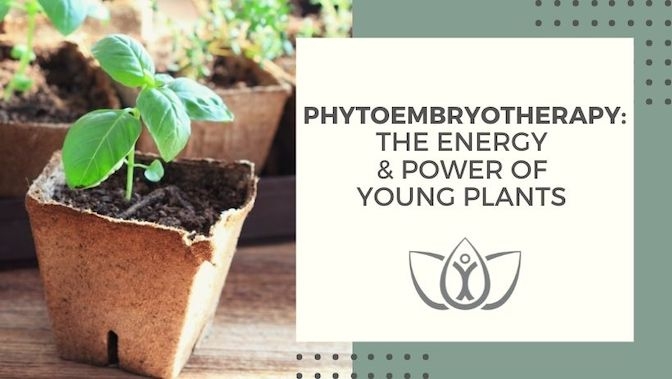 “Becky” was a happy young woman, always brimming with energy and full of joy. She was also a client of naturopath and phytoembryotherapy specialist Timothy Hertzberg, N.D. One day, though, Becky arrived to see Dr. Hertzberg looking anything but happy, energetic, and joyful. As Hertzberg describes, “She looked like someone had punched her in both eyes. The outer surface around both eyes was black and blue, and Becky could hardly talk. She was lethargic and had no energy.” Shocked and very concerned, Hertzberg encouraged Becky to head to the emergency room. When she said she had just come from the emergency room and they had only suggested she probably had food poisoning, he recommended a phytoembryotherapy digestive remedy containing English walnut, fig, and black alder. Hertzberg explained that the recommendation is to take 10 drops 3 times a day, and Becky did just that.

Fortunately, this story had a great ending. “Looking terrific and back to her usual bouncy, happy, energetic self, Becky came back to see me a month later,” Hertzberg says. “She wanted another bottle of ‘that stuff.’ She said she felt better the very next day after taking it, and her raccoon eyes were gone.” Under the direction of a skilled practitioner, these products can change lives. They certainly changed Becky’s.

What Is Phytoembryotherapy?
The “stuff” that helped restore Becky’s health and vitality was a powerful herbal blend made from the buds or young shoots of the herbs Dr. Hertzberg selected for her.  “Phytoembryotherapy is considered a branch of herbalism,” says Hertzberg. “In herbalism, there are many classifications of remedies based on the parts of the plant and extraction methods used.” Remedies can be made from dried herbs, tinctures, extracts, or other preparations, Hertzberg explains. What sets phytoembryotherapy apart is the young buds, shoots, or rootlets used to create the preparations. These young tissues, he says, contain meristem cells or plant stem cells that carry the blueprint of the entire plant, its essence, physical properties, and plant growth hormones, all in concentrated amounts not found in adult plants.

We know that human stem cells can differentiate to be used in regenerative medicine to promote the repair of a variety of diseased, injured, or dysfunctional tissue. Now scientists have confirmed that plant stem cells can likewise differentiate into a range of different plant tissues. Researchers in the natural skincare industry have even found evidence to suggest that once they overcome some product development challenges, live plant stem cells may be able to stimulate the repair of human skin tissue to improve the effects of aging and sun damage.1 The jury is still out on what, if any, other direct regenerative effects on human tissue plant stem cells may have. For now, we do know that these young meristem, or plant stem cells, offer more significant health-promoting potential than the adult versions of the same plants.


Remedies That Support Both Physical and Emotional Health
“At the core of herbalism and other holistic healing art philosophies is the idea that there is a vital force etched within nature by the Creator,” says Hertzberg. “This vitalism, or plant spirit, has an intelligence and adaptability. Just as people have different characters, plants do as well,” he says. “This spirit of the plant can help to educate and guide your body in its healing process. In fact, it’s better to understand the character of the plant than the [physical] properties.” Think about it this way: If you’re going to employ a person for a job, but you don’t know their strengths or abilities, you may employ them for the wrong work. The same is true with herbology. Understanding the plant’s character and abilities in their entirety is the key to success in using these remedies well.

In the natural healing arts, we also know that the mind and body are inextricably linked. For example, Hertzberg continues, “In traditional flower essence therapy, we believe the plant essence helps to balance the mental/emotional sphere, thus balancing the innate healing force of the physical body. And in Chinese medicine, emotions have long been attached with organ systems and tissues.” The kidneys, for example, are associated with the emotion of fear. So in phytoembryotherapy, he says, Juniper is one of the polycrest (most commonly used) remedies for the kidneys, but its vital character or spirit also can help remove fear. Hertzberg recalls, “the first time I took Juniper, I remember experiencing the feeling of being on top of the world, worrying about nothing in my life. It can help people see their true strengths, abilities, and purpose as it lifts the veil of fear.”

In short, he’s saying that phytoembryotherapy remedies have restorative effects on both physical ailments and the emotions associated with those physical aspects of the body. So what are some other examples of health imbalances that phytoembryotherapy may help restore? We could discuss many more, but here are a few of Dr. Hertzberg’s favorite remedies and some of their applications.

When used in combination, Hertzberg says phytoembryotherapies can help restore multiple tissues in a localized area. An example he gives is a blend for enhancing the mind called Micro-gen that contains hazel, bilberry, and ginkgo biloba. Hazel works on clearing and repairing the pathways (arteries) to the head to deliver needed nutrients. Bilberry enhances the movement of those nutrients via microcirculation. Ginkgo helps neutralize free radicals and normalize acetylcholine (nervous system neurotransmitter) receptors. So while each remedy targets different tissues, they can work together to create a synergistic outcome.

Precautions and Contraindications
If you have an allergy or other sensitivity to a certain plant, it’s best to avoid the phytoembryotherapy remedy and opt for the gemmotherapy version since it is much more diluted. Here are other cautions to keep in mind, although there is no agreement on these among phytoembryotherapy experts.

More about Dr. Timothy Hertzberg
Dr. Hertzberg is a naturopathic doctor from Michigan, currently living in Israel. He studied Naturopathic Medicine at the Naturopathic Institute of Therapies and Education (NITE) and studied Acupuncture at the Blue Heron Academy (BHA), both in Michigan. He has been studying phytoembryotherapy in-depth for the last six years and continues to be fascinated by the healing power contained in these plant buds. He can be reached by email at timothy.hertzberg77@gmail.com. 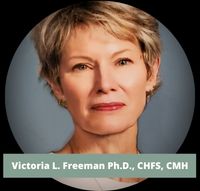 Victoria L. Freeman, Ph.D., CHFS, CMH has traveled a long and winding professional road that includes working as a teenage fine artist, later a personal trainer and wellness coach, a college professor and administrator in exercise science and education, a freelance natural health and fitness writer for national magazines, a property manager and interior designer for vacation and executive rental properties and most recently returning to the natural health arena while attending Trinity School of Natural Health to become a Certified Holistic Fitness Specialist and a Certified Master Herbalist.