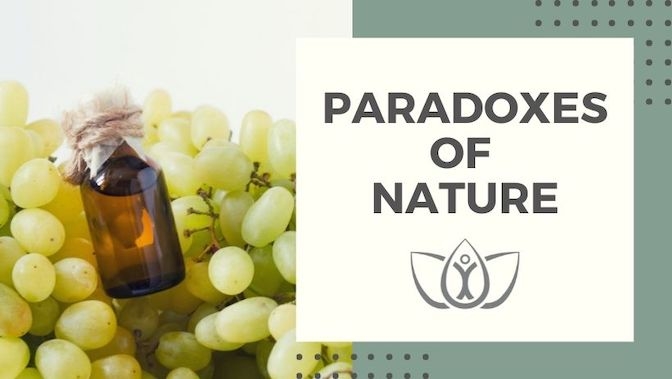 In a modern global culture that seems to accentuate fiscal security over spiritual harmony and even health, it has become so easy to overlook the fact that nature has equipped us with all we need to survive—and thrive—within the limits of her own bounty.

As such, we have until recently tended to look beyond those limits for our salvation in times of difficulty, and such difficulty almost always comes in some form of physical or psychological ailment. Whether such ailments are entirely the result of complex modern lifestyles is not the subject here. The subject here is the trend of rummaging through the cupboards of history looking for [support for] modern ailments. Our particular interest is a sub-category of that, namely the consumption of traditional “comfort foods” as opposed to any specific traditional [options], herbal or otherwise. It is the ancient Hippocratic adage “Let your medicine be your food and your food be your medicine” that is the general theme, and the so-called “French Paradox” serving as the particular one. More on that later.

In days not so far past, we all grew most of our own food and lived in mainly rural communities and farms free of modern pollutants like pesticides, artificial fertilizers and toxic waste. It has often been touted that life expectancy rates are much higher today than they were then, but this is a misleading claim. It has, however, been suggested that modern life expectancy rates are due to significantly lowered infant mortality rates rather than increased longevity for adults who survive past the vulnerable early months of life. The implication here is common but rarely acknowledged on any official scientific level. A rural lifestyle less congested with a polluted environment and a diet free of refined and preservative-loaded foods is more conducive to good health than a stressful urban one filled with artificial foods based on convenience rather than nourishment.

In the days of my youth, I was always fascinated with the Bible’s references to individuals who lived for several centuries. Like so many other young students striving for intellectual sophistication, I tended to interpret the Bible’s passages through an entirely moral lens, and almost never a literal one. However, I now find myself increasingly reading of recondite peoples in remote communities in the Himalayas and eastern Europe regularly producing centenarians. In addition, these centenarians are doing back-breaking daily chores in climates and altitudes where western urbanites can barely walk without difficulty. When I couple this with the healthier-looking populace I encounter when I travel through rural North America, I sometimes wonder whether a more literal interpretation of the Bible is not unwarranted!

When Hippocrates made his famous passage, he appears to have been trying to minimize reliance even on the unintrusive herbal medicine of his time. It would therefore not be too presumptuous to conclude that the father of modern medicine believed that the maintenance of health lay entirely within the power of food. The power of food. What exactly does that statement mean? Does it still apply with modern methods of production and preservation?

These are all questions which merit articles in their own right. What we will concentrate on is the power of one particular luxury staple—red wine. Red wine has traditionally been known as a luxury item most commonly associated with the wealthy. However, this ancient delight has always had some potent health-inducing properties that we have only recently discovered. While the boisterousness it causes is the stuff of legend, a French scientist in the first half of this century named Jacques Masquelier established, quite unwittingly, what became the explanation for the “French Paradox.” It was while Masquelier was researching whether or not peanut skins fed to French farm animals as fodder could be toxic that the modern adventure began.

Masquelier noticed that when his lab animals were being fed the peanut skins that instead of finding toxicity, the strength of the animals’ blood vessels doubled within a few hours. It was discovered that the active substances in the peanut, namely the procyanidin bioflavonoids, were responsible for the impressive results. (1) A few years later, Dr. Masquelier came upon a most intriguing story. The famous French explorer, Jacques Cartier, was exploring Canada’s Gulf of St. Lawrence in the winter of 1534-35 when his ship and crew became trapped when the river froze over. Having only standard seafaring rations of the day to subsist on (dried pork and biscuits), the crew developed what we now know as scurvy, and many sailors perished or fell ill. At the darkest hour, Cartier and his crew met a Native from the area who told them of a tea made from the bark and leaves of certain large pine trees that grew in the area. The tea cured the surviving sailors within days, and Cartier noted the entire miraculous incident in his ship’s log. (2)

Jacques Masquelier’s intrigue led him to research this type of pine bark, and to his amazement the bark contained the same active ingredient as that found in the peanut skins: procyanidins. Dr. Masqulier then worked on isolating the richest single source of these procyandins, and in 1970, discovered this source to be grape seeds. As grape seeds form the essence of the outstanding red wines for which France is famous, the phrase “French Paradox” came to be coined and explained. While the French always enjoyed diets heavily laden with cholesterol and fat, they had the lowest rates of cardiovascular and heart disease among other western, industrialized states. It is now commonly speculated that their high consumption of red wine, particularly in rural areas rich with local vineyards, is responsible for this paradox of nature.

Today we have further isolated the benefits of this ancient beverage by efficiently extracting the procyanidins directly from the highest quality grape seeds before they have had a chance to ferment their potent properties into the wine. We can now enjoy the benefits of enhanced quantities of procyanidins without any alcohol-related risk from the libation in question. The way to do this is through grape seed extract.

The reason that red wine has been stressed instead of white is that in the grape crushing process, the entire red grape, seeds and all, is left in the vat to ferment its healthful juices into the wine it is meant to produce. However, in the making of white wine, the seeds are removed (along with the pomace) as soon as the crushing is complete. These white grape seeds, which are even more potent than the red ones to begin with, are thus not left in the vat to ferment their health-inducing properties into the wine. As such, their procyanidin content is still intact, so it is white grape seeds that are gathered to produce the finest grape seed extract available.

Grape seed extract is available in nearly all health food stores and is becoming increasingly recommended by [practitioners] to [clients] with a wide variety of ailments. Once again, we have reverted to the ancient cupboard of history to [address] modern conditions, a trend that can only continue.