Call an Enrollment Specialist today
Herbal Nutrition: Beyond Fats, Carbs, and Proteins
BACK


When considering nutrition, what do you think of? Due to modern academic training, many people think of vitamins, minerals, fats, proteins, carbohydrates. But why? Long before we started breaking down our foods into their component parts, people were nourishing themselves, and staying fairly healthy in the process. They did so by eating whole foods.

We are in the position of having studied “a little” about nutrition. At first, scientists thought we needed only fats, carbohydrates, protein and certain major minerals. Then, in the early 20th century, researchers learned that minute quantities of other substances in food were essential to health. They called these compounds vitamins. In the later half of the 20th century, the importance of trace minerals started to emerge. Have we finished learning all there is to know about the nutrients in our foods? Obviously not, as now we are being told about numerous phytochemicals which help protect the body against disease or even help it to heal.

Ten years ago, I predicted that the next great discovery in the field of nutrition would be recognizing that the “drug-like” constituents of herbs are important nutrients that are essential to human health when taken in their natural form. With nutritionists talking about sulforaphane and indole-3-carbinol in broccoli, flavinoids in fruits and berries, p-coumaric acid and cholorogenic acid in tomatoes and allylic sulfides in garlic and onions, I believe my predication is now coming to pass.

All foods contain numerous phytochemicals. Take potatoes, for example. We think of these as simple basic food, a source of carbohydrates (starch) for fuel. However, potatoes are not chemically simple. About 150 different chemical substances have been identified in this common vegetable including: solanine alkaloids, oxalic acid, arsenic, tannins and nitrate. None of these substances has any recognized nutritional significance, but many are considered medicines or drugs in their isolated form.

Herbs are considered medicines because they contain more of these “drug-like” phytochemicals and less of the common nutrients. However, is this a valid distinction? Just where does nutrition end and medicine begin?

Many of the “medicinal” herbs used in the West today have been used as food stuffs by “hunter-gatherer” peoples. For example, dandelions, burdock, marshmallow, comfrey and alfalfa have all been used as food and still are by some people. In his travels around the world, studying the habits of long-lived people, Bernard Jensen noted that “These elderly people used foods we don’t even think of too much” such as garlic, rosehips and chamomile.

Even herbs considered strictly medicinal by today’s herbalists may have been food for some people. One report suggests that the ancient inhabitants of the Lower Illinois Valley used such herbs as milkweed, wild strawberry, yellow oxalis, spidenard, columbine, amaranth, cleavers, hops and watercress as a part of their regular diet. Other herbs which archaeologists have discovered were used as food include clover, yarrow, chamomile, cinquefoil, pokeweed, chickweed, violet, mustard, mint, lambsquarter, cocklebur and bee pollen.

Even truly bitter herbs have been used as food or “spring tonics” by many people. We can find examples of this in the Bible as well. The children of Israel partook of bitter herbs with their passover lamb. The taste of bitter is helpful in stimulating the flow of bile, which is helpful for digesting the fat in lamb.

These herbal foods have lost favor in the taste buds of civilized man because they tend to have a strong flavor. We are accustomed to the highly refined, bland foods of modern civilization. Our vegetables have been bred to be mild tasting. Many people have noted that their own garden vegetables have a stronger taste and even regular vegetables such as carrots and turnips will develop this slightly bitter or “wild” taste when allowed to grow in a semi-wild manner. 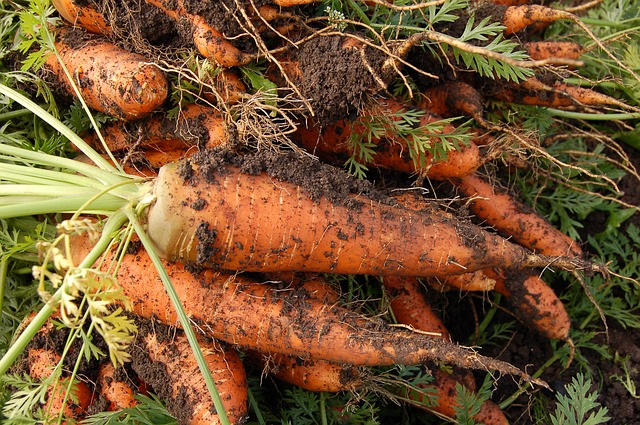 Masanobu Fukuoka, a retiree from the Japanese Ministry of Agriculture, is also a farmer who has developed methods of growing grain, fruits and vegetables without cultivation, weeding or fertilizing. He claims that vegetables grown in this semi-wild manner have better flavor than those grown in gardens with the aid of chemical fertilizers. The taste,he says, is richer and completely different from the cultivated vegetable. He also claims that edible herbs and wild vegetables are higher in nutritional value.

Edible herbs and wild vegetables, plants growing on the mountain and in the meadow, are very high in nutritional value and are also useful as medicine. Food and medicine are not two different things: they are the front and back of one body. Chemically grown vegetables maybe eaten for food, but they cannot be used as medicine.

Anyone who has eaten edible wild plants would readily note that they have a more “wild” or “rich” or “slightly bitter” flavor (depending on your point of view) than foods grown under modern cultivation. This stronger taste is mostly due to the increased content of “medicinal” components like volatile oils, sapponins, tannins, alkaloids and the like. Many of these chemical components are produced as part of the plant’s own immune system. They protect the plant from insect damage and disease. The more nourished the plant is with the proper trace elements in the soil, the stronger the plant’s immunity to the weather and other environmental hazards.

Most grocery store foods have a weak taste and smell due to a lack of these phytochemicals. I consider this a sign of weak and sickly, malnourished plants. Is it possible that many of our health problems arise from a lack of these phytochemicals? That is what I believe. If we want to be healthy and strong, then we need to eat plants which are healthy and strong. Most commercially grown vegetables and fruits have been bred and cultivated until they are so weak and sickly that they cannot resist attacks from insects and diseases without heavy doses of chemicals. As a result of eating such plants, we have also become weak and sickly and our natural resistance has disappeared.

We have studied a little and we no longer think that nutrition is apples, potatoes, etc. Instead, we think that nutrition is carbohydrates, fats, proteins, vitamins, phytonutrients, etc. We also keep isolating “active constituents” from plants and calling them drugs. However, I think when we have thoroughly studied and finally understand, we will realize that nutrition is indeed everything that the Creator put into apples, potatoes and so forth. We will also realize, like the Chinese, that herbal medicine rightly belongs to the field of nutrition. Our bodies were designed to require a whole complex of phytochemicals present in a wide variety of natural foods and herbs.

We hope you enjoyed this article written by Steven Horne. If you're interested in learning more about herbs, then check out our Certified Master Herbalist program.