Family- Parts One & Two: A Special Piece by Judy Masters

The following piece was written by Judy Masters, an instructor at Trinity School of Natural Health.

One day, she finally grasped that unexpected things were always going to happen in life. And with that, she realized the only control she had was how she chose to handle them. So, she made the decision to survive using courage, humor and grace. She was the Queen of her own life and the choice was hers.
~ Kathy Kinney

Many who know me, have heard me refer to myself as a “spoiled rotten, adopted only child.” For 65 years, this has been an undisputed truth.

By way of synopsis, I was born in northern Illinois (most likely), and adopted through an agency called the Cradle, in Evanston, Illinois. I was three months old when my parents brought me home in a snowstorm. They drove up with their two best friends, who drove the car home, so mom and dad could hold the baby in the back seat.

My mother had been writing to the Cradle for nine years, after it had been determined that she was not going to be able to conceive and carry to term. Obviously, that wasn’t going to stop her. There would be a baby for Betty.

She, by all accounts, simply announced to my dad that they were going to adopt a baby. Dad just said, “Sure but tell them we want a girl. I don’t want to deal with raising a boy. I’m a boy and I’m not going through that again.”

And, so, a bouncing baby girl was earmarked upon availability. Born January 28, 1955, and ready for carry-out by the end of March.

Throughout my childhood and adolescence, I was given opportunities that many didn’t have but not as many as some others did (or that I thought I was entitled to… we could make a good Bach Flowers case right about here.)

Naturally, I focused on what I was NOT given but my parents were good about choosing to bestow the privileges that would help shape me into a better person and refused to raise Veruca Salt. (If you are unfamiliar with that name, Google it, then watch the 1971 Willy Wonka because the remake is just weird.)

I was able to spend vacations in interesting places, shop in big cities, was a competitive equestrian, and went to a private university… Go Bulldogs! Life was always good and pretty balanced. Of course, there were spats and I was a bit of a mean girl, but that is a story for another blog. 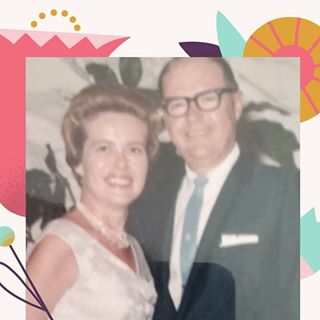 My parents loved education. They were both thrilled when I chose to pursue it as a career. Dad was a very successful businessman. Along with two other partners, he built a manufacturing company, from the ground up. Dad taught me about business, ethics and finance. He was a wonderful mentor in my move from the classroom to the corporate world, then into self-employment and small business. I couldn’t have navigated all of that without him. There were SO many things I couldn’t have done without him.

My mom was elegant, opinionated and very smart. Our relationship was always challenging but there was never a doubt that I was her baby girl… hand-picked, after nine long years on a waitlist.

I grew up knowing that I was adopted. I don’t even remember being told this specifically. There was no, “Sit down, honey, we have something we think you should know.” Nothing like that happened. I was just ‘dopted and I told everyone who would listen.

For a period of my early childhood, I thought this was an alternative to being born. When people would ask me where I was born, I would patiently explain that, “I wasn’t born, I was ‘dopted.” And, no, I didn’t have a speech impediment. I just didn’t know there was an a in front of dopted.

Sometime during first grade, following a heated exchange with a fellow classmate (“heated” is, of course, all relative in first grade), my mom was contacted by my teacher, Miss Buck, with the subtle suggestion that she might want to cover the details of the step I was obviously missing.

It was then that I learned that I was born before I was ‘dopted. This was devastating and took me at least two grilled cheese sandwiches, some tomato soup and a chocolate frozen custard cone to process. Dairy was my muse.

At various times, I considered my origin. Adopted children experience no shortage of people asking, “Aren’t you interested in finding your birth mom?” and “What if…?” My best friend saw Steel Magnolias and became convinced that Shirley MacLaine was my biological mom. I’m still not sure how to take that.

I had moments of curiosity but never did I feel a need to find my roots. Never did I feel incomplete, unloved, disconnected or any of the other things I have heard from fellow adoptees.

When I was a young adult, my dad told me that he would support any efforts to find my biological parents. He added that, “It will probably kill your mother but we can deal with that if we need to.”  Translation: “She will probably stop speaking to both of us but I have to live with her and you live out of town.” I loved both parents too much to make them miserable, so that discussion ended in the late 1970s.

In 2000, my dad passed rather suddenly. I had always sort of assumed that my mom held everything together and was the decision-maker but I learned a different side of her. My dad had, indeed, handled more than Mom let on.

In my father’s absence, I stepped up to support and be the dutiful daughter to the best of my ability. Just days after Dad passed, Mom (the consummate organizer) had me in one office after another, getting my name on all the documentation, accounts, investments and deeds. At the bank, as she was adding me to the safe deposit box, she mentioned that there were papers in there that I should be sure to retrieve “when the time comes.” I never pondered the significance of that statement.

Over the next 15 and a half years, Mom and I reinvented our relationship several times. On January 29 (the day after my birthday), 2016, “the time came.” I was ready. She had been ready for a few months I believe, and everything was organized… as was our tendency. Being ready didn’t stop the tears but controlling the process was somehow very soothing.

Rather than a funeral service immediately, my husband, several friends and I took our time and arranged a full-blown 1960s cocktail party, held at Mom (and Dad’s) house. Never was Mom happier than when she had a house full of guests, with the place all cleaned and decorated. She was truly in her element and it was a fabulous tribute to both parents.

About a week later, Rick (my husband) and I began going through paperwork and contacting companies, sending death certificates, etc…. We got the contents of the safe deposit box and in it we saw an envelope marked “Judy’s Adoption Papers – 1956.”

Rick had them in his hands and asked me if he should open them. Because they were labeled “1956”, I didn’t make a valid connection. No sirens. No bells or whistles. No confetti. I was born in 1955, so these must just be something from the Cradle. I was simply collating and would decide if this was something to keep vs. toss.

“Sure”, I told him. He opened the envelope to a document that was folded to reveal a woman’s name. My name was noted on the top of the large legal document, as Judith Ann Masters. My parents were Robert E. and Betty J. Masters, of Logansport, Indiana.

I stared at the woman’s name for several minutes, while my husband stared at me. He had figured it out. I had not. In my mind, this was probably someone from the Cradle who was involved in the adoption and I had no reason to read anything else into it.

Indeed, she was very involved in the adoption. As Rick pointed out to me, I was “Baby Girl ____” and she was my birth mother.

I had just turned 61 and discovered the name of my biological mother. 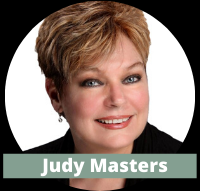 Judy Masters is a former high school teacher and college adjunct instructor, with  undergraduate and graduate degrees in English, Theatre and Secondary Education.  Prior to her involvement in natural health, she worked nearly 15 years in systems engineering and management, with a Fortune 500 automotive company. In 1997, she left the company and opened a small natural products store, in her hometown. In her efforts to learn more about natural health, she took the advice of a store patron and enrolled in her first Certified Natural Health Professional (CNHP) seminar.  She completed her certification in 2000, and continued through some CNHP capstones and other Trinity programs. Several years later, she completed her Doctor of Natural Health (ND) diploma and went on to board-certify. She has studied with Bach Education North America and began teaching Bach Flowers for Certified Natural  Health Professionals, in 2007. She also taught Body Systems, Practicum and the Business of Natural Health. In 2014, she became one of the core instructors in Trinity School of Natural Health's live division. In addition to Bach Flowers, she specializes in herbology, holistic pet health, naturopathic history and legalities, and business education.